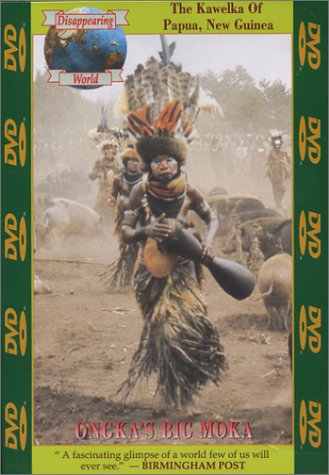 A must-see documentary for this section on economic anthropology. We will be reading a number of essays on gift exchange, and in this film, we will see how it plays out for the Kawelka of PNG.

This film is part of the “Disappearing World” series. Below is a synopsis from imdb.com:

In this documentary produced to bring attention to various ways of life that stand on the brink of extinction due to rapid progression in the modern world, filmmakers travel to five continents to explore the values and behavior of endangered societies in an era where culture seems to take on a new meaning with each sunrise. In one such case, the influential leader of New Guinea’s Kawelka tribe spends five years amassing an abundance of valuable items including 600 pigs and a motorbike only to give them away in a festive ceremony called the moka. A key component to Kawelka culture, the moka ceremony finds those seeking to gain influence attempting to do so not by acquiring valuable objects, but by giving them away. Unfortunately, things do not go as planned and the leader of the tribe is ultimately threatened with violence as a result of his outwardly selfless act of giving.