While it is a truism that the next generation is “stronger, faster, smarter,” these kids will be better prepared for the 21st century than you, unless you are studying Chinese now. 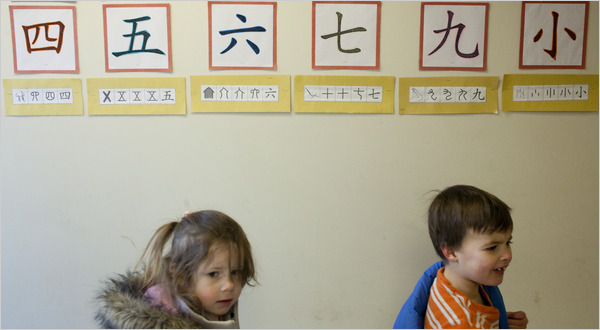 Thousands of public schools stopped teaching foreign languages in the last decade, according to a government-financed survey — dismal news for a nation that needs more linguists to conduct its global business and diplomacy.

But another contrary trend has educators and policy makers abuzz: a rush by schools in all parts of America to offer instruction in Chinese.