Instead of paying a couple of hundred dollars or more for a cinema dolly that is vital to make a scene dramatic, make one yourself!

Here’s one do-it-yourself version, from Ikeahacker – one of the best sites for DIY inspiration. 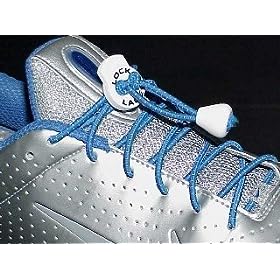 My youngest seven-year-old son loves playing his sports, but hates tying his shoes, even though he has known how to tie them for a number of years now. As a result, he’s made getting out the door difficult, when we’re in a rush to bike to school or make it to basketball or soccer practice. His laces would begin to shred and pop out of the top eyelets, making it difficult to re-lace them on the quick. I bought him a pair of slip-on shoes that had elastic laces, but even that pair, he somehow was able to shred them; but with the forgiveness of elastic laces, I was able to repair them (albthemeit with shorter loops!).

Since I’m temporarily laid up with a bad back, I spent a lot of time browsing the web today, and re-discovered elastic shoelaces. When I searched for elastic shoelaces, I found many running and triathlon websites that praised their effectiveness in improving performance. So other than getting kids out the door, they seem to have their uses.

But I did hesitate before plunking down $5.00 for a pair of laces. What kind of message am I sending my youngest, in finding a workaround for doing a mundane chore like tying shoelaces. “Tie your shoes” had become a signal that Daddy wants his son to develop discipline. Are elastic shoelaces somehow a symbol of the decadent West, a reason why the American economy is faltering, why Chinese science and math education is so much better than ours? OK, Lock Laces is not responsible for all that.