China recently announced that it attends to figure out exactly how much water it has and how much it needs, according to the Wall Street Journal.

China’s water supplies are meager and dwindling, threatened by waste, pollution and chronic drought. Global warming is blamed for shrinking the big Tibetan glaciers that feed most of China’s main rivers. All this is happening just as China’s wealth is increasing demand for more water – for irrigating food, propelling hydropower, and manufacturing of all types.

Water is crucial, and with demographic and climactic changes, access to water is increasingly becoming a major source of conflict. In the past decade, whether between regions of states (as in Eastern vs. Western Washington), between states (Alabama and Georgia, South and North Carolina), or between nations, the scarcity of water has made what was once a taken-for-granted, renewable resource into a commodity that must be planned for. Our recent drought and increase in local water bills here in the Charlotte metropolitan area is part of this growing concern. 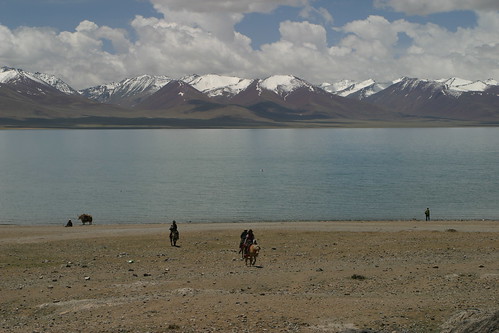 Read the short WSJ report on China’s survey of water.